Source: DECR
A group of the Russian Orthodox made a pilgrimage to China from March 22 to 31. This was the first ever pilgrimage to the Orthodox holy sites and monuments in China.
Natalya Mihailova | 03 April 2014 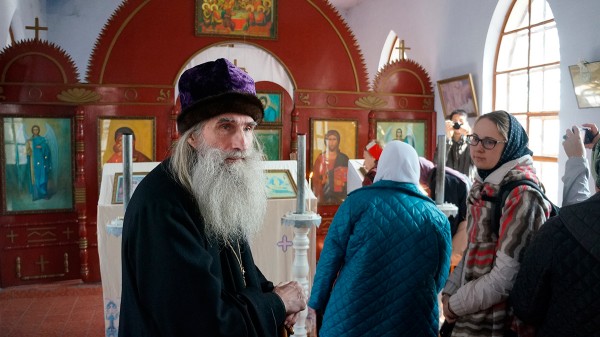 The pilgrims visited the Church of the Dormition of the Mother of God in Beijing, the Church of the Intercession in Harbin, the Chapel of St. John the Baptist in the Orthodox part of the city cemetery, where they prayed for Orthodox Christians buried there, and several more churches.

While in Shanghai, the pilgrims prayed at St. Nicholas’ Church together with Orthodox Christians residing in the city and staff members of the Russian Consulate General, the former cathedral church dedicated to the ‘Surety of Sinners’ icon of the Mother of God, serving where were St. John, Archbishop of Shanghai, and Bishop Simeon (Du), the last archbishop of the Chinese Autonomous Orthodox Church.

The pilgrimage was organized by the pilgrim’s service of the ‘Radonezh’ Orthodox Brotherhood with the support of the Moscow Patriarchate’s Department for External Church Relations and the Russian Clubs in Harbin and Shanghai.