His Holiness, Patriarch Kirill of Moscow and All Russia, conducted an official visit to China from May 10 to 15, 2013. On March 14, Pravmir spoke with Archpriest Dionisy Pozdnyaev, Rector of the Church of Sts. Peter and Paul in Hong Kong, about the preliminary results and expectations from this visit. 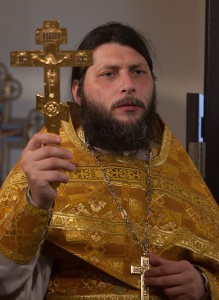 The first visit in history of a Primate of the Russian Church to China is in itself an extraordinary event. In connection with the fact that the position of the Chinese Autonomous Orthodox Church is now in need of normalization, one can address two aspects of the ongoing visit.

First, the visit is taking place by invitation not of the Chinese Orthodox Church, but of the country’s secular leadership, for which reason a secular element is present. His Holiness himself spelled this out to journalists. Relations between China and Russia are improving, but without contacts on the spiritual plane no understanding between the two countries can ever be called complete.

A significant component of this visit is a demonstration that, in the question of religious contacts, China and Russia are open and ready for dialogue.

Second. It goes without saying that the spiritual side is very important: this means services in Beijing (on the territory of the embassy), in Harbin, and in Shanghai, as well as meeting with the Orthodox flock, both Russian and Chinese. Moreover, it is the latter that I see as the most important outcome of the visit so far.

The day before yesterday [May 12], after the service a very important meeting took place between the Patriarch and Chinese Christians – about which, unfortunately, not very much has been written in the mass media. The Chinese Church, owing to historical circumstances, has been deprived of its clergy: both bishops and simple priests. For Chinese believers, the Patriarchal visit offered a unique opportunity: during the meeting, the Orthodox Chinese clearly stated their life’s dream for the full existence of a Chinese Orthodox Church with its own clergy and divine services.

This was a very touching, emotional, and humane encounter. His Holiness felt this request of the Chinese faithful very deeply.

In general, he is one of the few hierarchs in the Russian Church who, over the course of many years already, has been keenly responsive to this problem. The fact that, now that he has become Patriarch, he returns to it again and again is encouraging. I very much hope that this meeting will bring attention to this problem.

It is too early to speak of the results of the visit because it is ongoing, but it can already be noted that the visit has raised many issues. It is another thing that these issues still need to be worked on.

What, in your opinion, does the Chinese leadership expect from this visit?

It needs to be borne in mind that the Chinese government is secular. Its official ideology is communism, albeit of a specific form. The general attitude towards religious life in China now comes down to the fact that, from the point of view of the authorities, religion can play a positive role in the life of society.

I think the Chinese authorities view the Patriarch’s visit largely as a political one. The very fact that it is taking place is an essential success for Chinese diplomacy.

It goes without saying that the Chinese authorities have political objectives: to show that the course of the country’s new political leadership is one of openness and of greater flexibility than before. 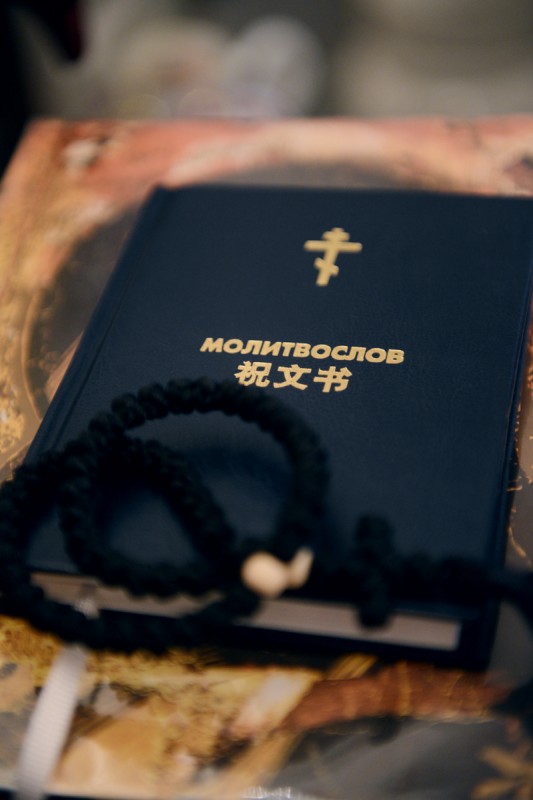 What do the Chinese Orthodox expect as a result of this visit?

By and large, I do not see that the Chinese authorities have created any kind of problems for the Orthodox. The problems are in the inner life of the Church. Due to historical circumstances, the Church was institutionally destroyed, rendered lifeless, and deprived of clergy. Without help from the outside, the Chinese Church cannot recover.

The legal relationship between the Chinese and Russian Orthodox Churches and the Chinese government is as follows: legislation in China prohibits missionary work by foreign citizens, but exchanges between Chinese and foreign religious organizations in the purely religious sphere are permitted.

What can be done to enlighten the Chinese with the light of the Orthodox faith?

I think the focus needs to be on the sphere of education. Orthodox Chinese do not have access to basic literature and there are no teachers.

There can be different forms of educational activities. One can organize more or less lengthy pilgrimages. It is essential to publish books. It might be worth translating certain films.

I think this should be a major undertaking of the Russian Orthodox Church, the planning of a multi-year mission, not reducible to any single activity. It is essential to create an environment in which people can become acquainted with the Orthodox Church, understand what Orthodox is, and make an independent and informed decision about whether or not they need it.

In the general Chinese public, a few people know a little bit about Orthodoxy: scholars, intellectuals, and specialists. But there is a great and constantly growing interest, one that should be answered in a prompt, accurate, and competent manner.

The growth of interest in Orthodoxy is connected with the fact that China, as a whole, is becoming more open. Moreover, China and Russia are neighboring, bordering countries with a fairly friendly relationship. It has so happened that, on the whole, the intensity of contacts in the humanitarian sphere between Russian and China is far behind the intensity of contacts in the sphere of economic or military cooperation. The politics of our countries are mostly of an economic and pragmatic character, and in this connection the complex of important spiritual questions has been neglected.

Moreover, the Chinese have a question regarding the order of civilization. Their classical, traditional worldview began to fall apart a long time ago, since the beginning of the twentieth century. Then it was replaced by Marxism and communism, which now, in principle, have already outlived their function, having been transformed into a fairly effective system of governance. But the country’s spiritual questions have remained unsatisfied.

In China there is a strong movement of searching for the meaning of life: both among the common people and among intellectuals, in academic circles. In this sense, the country is absolutely open to all outside ideas. Orthodoxy and its view of the world – and not necessarily the Russian version, but one irrespective of ethnic basis – offers something fundamentally new to the Chinese. People are ready to listen, to hear, to study, and perhaps to accept the Christian faith.

In 2013 Great Lent begins on March 18 and continues until May 4, inclusive. The Main Services of…