Source: Prensa Latina
Natalya Mihailova | 22 February 2016
Rome, Feb 21 (Prensa Latina) Pope Francis voiced his satisfaction today over the meeting held in Havana with Patriarch of the Russian Orthodox Church, Kirill, and stressed that his predecessors had also hoped for a meeting like that. 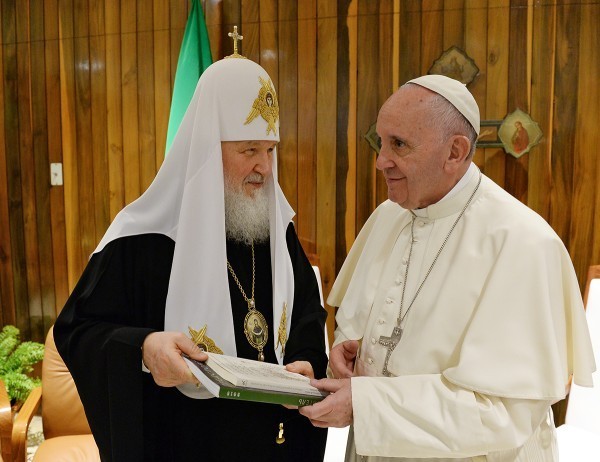 Pope Francis praised the Most Holy Trinity for his meeting with his “dear brother Kirill,” the Patriarch of Moscow and All Russia, which took place in Cuba on his way to Mexico.

The Pope added a prayer that “the Mother of God might continue to guide us in the journey to unity”, he sadi to thousands of people gathered at St. Peter’s square in the Vatican.

Francis also referred to his trip to Mexico from February 12th to 18th, and defined it as “an experience of transfiguration”, where “the Lord showed the light of His glory through the body of His Church, of the holy People who live in that land.”

The Holy Pontiff praised Mexicans’ robust and honest faith, the faith of a people that has been “oppressed, disregarded and violated in its dignity”