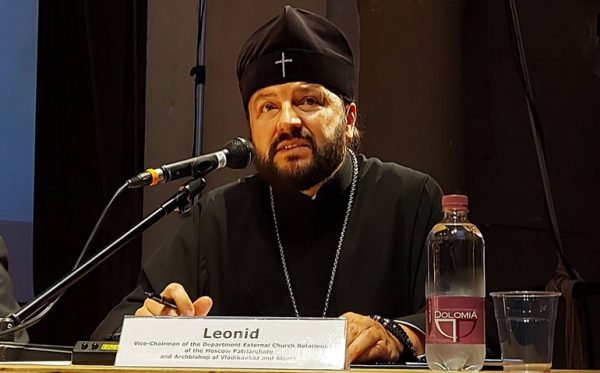 Archbishop Leonid of Vladikavkaz and Alan, Deputy Chairman of the Department for External Church Relations of the Moscow Patriarchate, speaking at the G20 interreligious forum in Bologna, Italy, urged the world community to pay attention to the genocide of Christians in Africa, as well as to the persecution of believers in the Ukrainian Orthodox Church.

Archbishop Leonid spoke about the genocide of Christians in African countries, as well as the oppression of believers in Ukraine on September 13, 2021 in his report at the focus session “Theological Nature of Dialogue” as part of the second day of the G20 Interreligious Forum “Time for Healing: Peace between Cultures, Understanding Between religions,” reports mospat.ru. 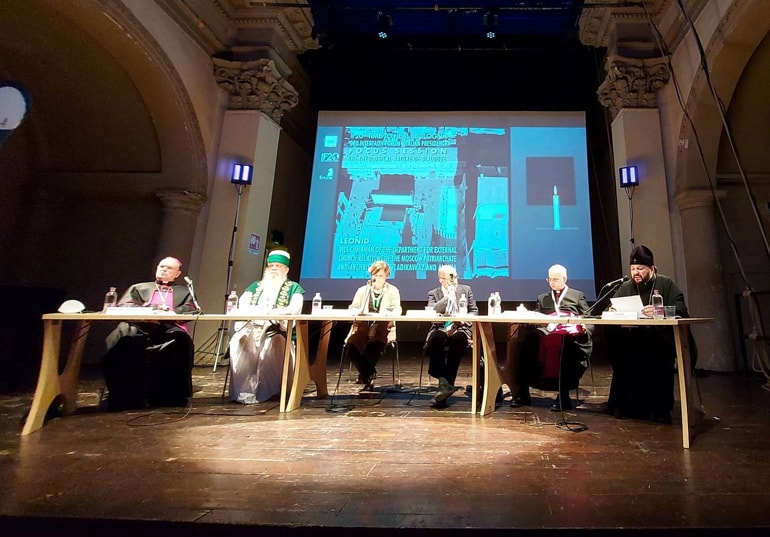 “Let’s be honest with each other and find the courage to admit that in a number of African countries, with our silence, a real destruction of the Christian population is taking place,” the archpastor said during his speech.

As the representative of the Russian Orthodox Church noted, today “in Nigeria, Congo, Burkina Faso, Mozambique and other states, armed bands of extremists purposefully and with impunity commit mass murders of Christians. We are talking about thousands of defenseless, innocent people.”

In addition, Vladyka Leonid continued, “one cannot ignore the violation of the rights of believers of the canonical Ukrainian Orthodox Church – the largest religious organization in Ukraine.”

“Hundreds of churches of this Church are forcibly confiscated with the assistance of the authorities and transferred to the so-called “Orthodox Church of Ukraine” created in 2018 by Petro Poroshenko and the Patriarchate of Constantinople,” the archbishop said.

At the same time, he stressed that “discrimination also takes place at the legislative level: criminals who commit violence against clergy and believers of the canonical Church, as a rule, remain unpunished.”

In general, as stated by the representative of the Russian Orthodox Church, today in the world many religious shrines are destroyed or desecrated.

“Imagine what pain the desecration or destruction of a temple, or its demonstrative conversion to the needs of another religion, causes in the hearts of believers. The infringement of holy things has the most detrimental effect on interreligious dialogue, on peace and tranquility,” concluded Archbishop Leonid of Vladikavkaz and Alan.