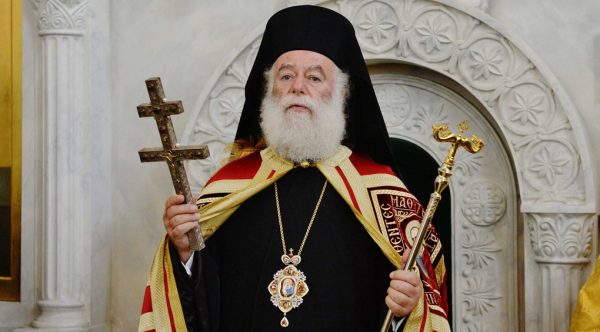 On 26th December 2019, at the Patriarchal and Synodal residence in St. Daniel’s Monastery in Moscow, the Holy Synod of the Russian Orthodox Church held a session under the chairmanship of His Holiness Patriarch Kirill of Moscow and All Russia.

The Holy Synod decided to stop commemorating Patriarch Theodoros of Alexandria during divine services and to break Eucharistic communion with him due to his recognition of the schismatic “Orthodox Church of Ukraine” (OCU).

As the participants of the meeting stressed, “Patriarch Theodoros of Alexandria’s decision to recognize the Ukrainian schismatics contradicts His Beatitude’s repeated statements in support of the canonical Ukrainian Orthodox Church and its primate Metropolitan Onuphry of Kiev and All Ukraine including the statement made during the Patriarch’s last visit to the Ukrainian Orthodox Church from September 27 to October 1, 2018, three weeks after the Patriarchate of Constantinople’s invasion in Ukraine by appointing “exarchs” to Kiev,” reported the press-service of the Department for the Church’s Relations with Society and Mass Media.

Meanwhile, the Russian Church will continue church communion with all hierarchs of the Orthodox Church of Alexandria except those who have supported the Ukrainian schismatics or will support them in the future.

Members of the Holy Synod also noted that the decision to recognize the schismatic structure in Ukraine was not made at the session of the Holy Synod of the Patriarchate of Alexandria held on October 7-9, nor was it put to vote of its hierarchs, that is why it does not have a conciliar character, but was made by the primate of this Church unilaterally.