“Kosovo is not just geography, Kosovo is our Jerusalem”

Source: B92
Natalya Mihailova | 11 October 2016
Serbian Patriarch Irinej said that the situation in Kosovo and Metohija represented a great injustice at the hands of the powerful suffered by a small nation. 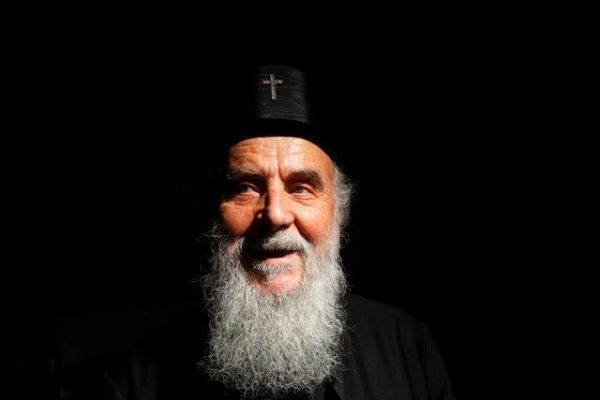 He pointed out that this was an injustice to our great history and culture but said that we would never allow Kosovo to be lost.

The patriarch said that not only was this problem familiar to every church that shared our views on the issue of Kosovo and Metohija but that we also had on our side all those who were fair and objective and whose views and judgments were fair.

Another thing that the patriarch noted was the fact that politics drove people apart.

“Kosovo is not just geography, Kosovo is our Jerusalem, our hallowed ground, everything that grew its roots in the Serbian history and culture; all of our most sacred is there and these people, who were many in Kosovo and Metohija, did not leave on their own volition or, but instead they were forced to do so… And this pressing force had been present for a long time – this struggle has been going on for more than a hundred years and, unfortunately, the powers that be have taken under their wing those who contributed to this,” Patriarch Irinej told TV Pink.

The church is doing everything to draw attention to the situation in Kosovo and Metohija in its encounters with representatives of other churches,” head of the Serbian Orthodox Church noted.

He added that there were parallel power, force, and justice – those of men and those of God.

“Unfortunately, there is a country – a great power that cares not much for the past and history – whose judgment is based on the current condition and that is driven by them,” the patriarch said, noting that the Serbian community had lived alongside Albanians without any issues all until the end of the 17th century, when as many as 30,000 families left Kosovo.

“That is when our tragedy began to unfold. Although there had been other migrations even much further in the past,” the first among equals stated.

When asked if he could imagine Kosovo being lost, the patriarch responded that it might seem that way in our minds and our hearts but that Kosovo could never be lost and that we would never agree to that.

He noted that “that which is taken away by force gets back by force.”

“We have never accepted this situation. We have lived a long time alongside the Albanians and had no problems, but certain politics encouraged them to want and try to take away our sanctities and to present them as their own,” the patriarch said and cited as best the example of the Cathedral of Holy Salvation in Priština, which for the Albanians – as he said – was a thorn in the flesh, and not a lone one.