Metropolitan Anthony: Real Terror Carried Out Against the Ukrainian Church 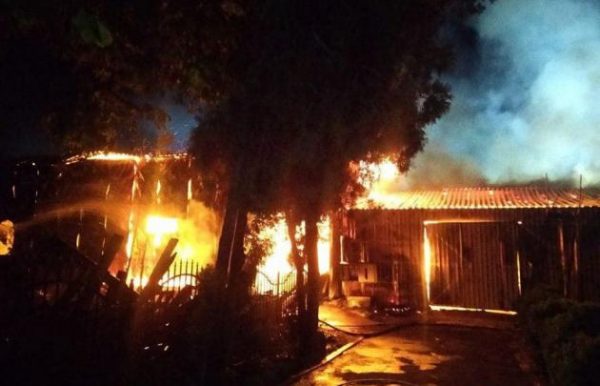 On April 24, 2020, Metropolitan Anthony (Pakanich) of Boryspil and Brovary, Chancellor of the Ukrainian Orthodox Church, commented on the fire at the Holy Dormition Monastery in Odessa and prior attacks on churches and monasteries of the UOC. The hierarch said that real terror is carried out against the Ukrainian Church, reports the Orthodox Life.

He noted that the fire in Odessa has been the fourth incident of that kind for the past two weeks. However, in this case, arson is not one of the versions but an indisputable fact.

“At the same time, we should intensely thank God for the fact that a great tragedy was avoided. After all, if it had not been possible to throw away the burning bottle with incendiary mixture to a safe distance, a car parked near the gas pipe of the monastic building would have exploded. And 80 monks live at this monastery. Just imagine how many human lives could have been destroyed if the Lord had not helped!” Metropolitan Anthony emphasized.

“In this connection, I’m not afraid to call the incident as an act of terror.”

He noted that in all such cases, the lives of many people were threatened. The hierarch of the UOC suggested that this crisis could have been avoided if the authorities had reacted appropriately during previous attacks and vandalism against the churches of the Ukrainian Orthodox Church. He reminded that in 2018 only in Kiev 3 arsons of church buildings were committed. They were the Monastery of the Tithes, the Church in honor of the ‘Joy of All Who Sorrow’ Icon of the Most Holy Theotokos, and the Transfiguration Church.

In his opinion, such actions are an attempt to break the spirit of the Ukrainian Church and persuade her to trade her commitment to the canons for the unity with the schismatics and for political support.

“We can see that for some reason this tendency continues today. The current government either pretends that this is not the case or simply pursues the policy that failed to succeed even from an electoral point of view, having forever buried Poroshenko as a pan-Ukrainian leader and a politician,” the metropolitan said. “Why is all this being done, why is the authority of Vladimir Zelensky and his party “destroyed”? I don’t know how to answer this question.”

“It is important that the Head of State takes personal control of the progress of the relevant investigations and also orders to inform him of the results of the cases of vandalism and attacks on the churches of the Ukrainian Orthodox Church in the previous 5 years, as well as instructs the relevant authorities to check a number of media outlets for discrimination on the basis of religion and inciting sectarian strife,” emphasized Metropolitan Anthony.

On April 15, an old wooden church in honor of St. Paraskeva of Serbia in the Chernivtsi-Bukovyna Diocese caught fire, the main version of the cause of fire is arson.

In the evening of April 21, a fire began on the territory of the Gamaleevsky Convent of the UOC in honor of the holy martyr Kharalampiy in the Shostka District of Sumy Region. On the night of April 24, the Holy Dormition Monastery caught fire in Odessa; the fire lasted about 3 hours.