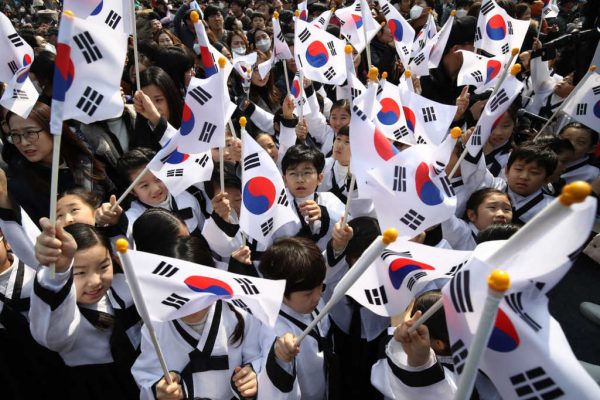 Though South Korea has banned abortion for 66 years, the country’s constitutional court ruled this week the law must be amended by the end of 2020.

Under the ban, which was enacted in 1953, women who obtained abortions were subject to fines and imprisonment, according to BBC, unless the terminated pregnancies were the result of rape, incest, or the mother’s health.

The doctors who performed the abortions were also subject to criminal charges.

A poll published Wednesday found a majority of citizens — 58 percent — favored abolishing the decades-old statute, which has for years made South Korea one of the few developed countries to criminalize abortion.

The push to revise the country’s law came after a female abortionist who was prosecuted for terminating nearly 70 pregnancies challenged the anti-abortion law.

According to “women’s rights” campaigners in South Korea, the ban on abortion has been seen as a “bias against women.”

There is a large demographic of evangelical Christians in South Korea, though, who plan to fight the court’s decision, arguing abortion should remain illegal because it forces women to consider the gravity of terminating a pregnancy.

It’s worth noting that, while abortion is technically illegal in South Korea, women are seldom actually prosecuted for ending their pregnancies. However, activists argue the dormant law unfairly stigmatizes abortion.

A 2018 survey found one in five women who had been pregnant sought an abortion. Only 1 percent of those terminations qualified for legal exemptions.

Most viewed articles
The Truth About Riches179
The Muskox Response To COVID-19137
Metropolitan Onuphry Speaks on How to Protect One’s Soul From Sin104
Patriarch Porfirije Thanks the Russian Church for Participation in Restoring Serbian Churches97
Do We Act Differently Than Others?71
Strong Orthodox Presence at the 2022 March for Life56
March for Life participants optimistic for a post-Roe America: ‘This is just the beginning’54
Most millennials, Gen Z adults support bans on abortions when baby’s heartbeat is detected: poll51
Sunday of the Samaritan Woman2
Most popular authors
Pravmir.com team308
Fr. Gabriel Bilas179
Archpriest Michael Gillis137
Priest Luke A. Veronis70
Ryan Foley54
Maria Trushanina1