How to Strengthen Your Lenten Prayer Life 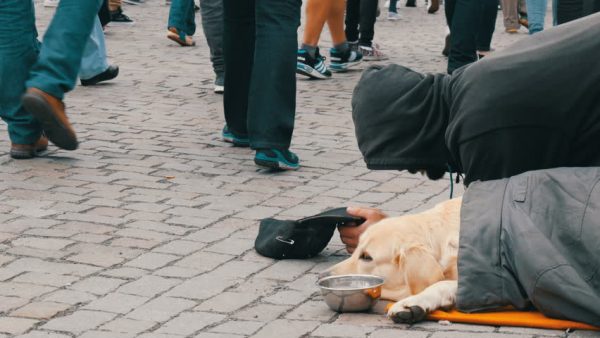 The traditional acts of asceticism associated with Great Lent (and the whole of the Christian life) are prayer, fasting, almsgiving, and repentance. In my experience, Orthodox faithful tend to concentrate on fasting and perhaps making a good confession. If we have weaknesses, they are found in our prayers and almsgiving. These two belong together. Christ said:

And I say to you, make friends for yourselves by unrighteous mammon, that when you fail, they may receive you into an everlasting home. (Lk. 16:9)

For many, this saying seems extremely obscure. Who are these friends who will receive us? They are the poor. Like Lazarus in the parable, they will rest in Abraham’s bosom. The rich man called out for help but found none. Christ suggests here, that had the rich man “made friends” with Lazarus by acts of mercy, kindness, and generosity, he would have found ready help and a path from Hades to Paradise.

If you want to strengthen your prayers, make friends of the poor. This story is a great illustration:

During the reign of Alexander I, a certain nobleman fell into disgrace with the Tsar. His wife asked Father Nazarius [Abbot of Valaam Monastery] to pray that her husband’s case would turn out well. “Very well,” the Elder replied, “but first we must ask those close to the Tsar for their help.”

“We have done that already,” she answered, “but there is little hope.”

“But you have not asked those who needed to be asked,” said Father Nazarius. “Give me some money, and I will ask those whom I know.”

The woman gave him five pieces of gold. “No,” he said, “these are no good. Don’t you have small change made of copper or silver?” Father Nazarius took the money and during the day he gave it away to the poor and the unfortunate. He returned to the woman’s home toward evening.

“Glory to God,” he said, “those close to the Tsar have promised to help you. After this came word of the successful outcome of the dignitary’s case. The man and his wife rejoiced, and wanted to know exactly who had helped him with the Tsar. They were astonished when the Elder told them that it was the poor, those who are close to the Heavenly King. Deeply touched by the Elder’s piety, they maintained their great respect and love for him until the end.

Through Christ let us continually offer to God the sacrifice of praise, that is, the fruit of lips that acknowledge his Name. Do not forget to do good and to share; for with such sacrifices God is well pleased. Hebrews 13:15-16

My thanks to Archpriest Joseph Frawley for sharing this small story.

On a daily basis, I have become increasingly aware of the “religious” nature of almost the whole of…

Most viewed articles
COVID Directives From His Eminence Metropolitan JOSEPH214
The Wrath of God According to St. John Chrysostom168
Moses and the Ten Words146
New Film about Orthodox Christian Vision on Climate Change130
In Church and at Home: Liturgical Resources for Great Lent89
Why We Pray For The Dead77
Metropolitan Joseph Meets with Metropolitan Tikhon of the Orthodox Church in America37
Georgian PM condemns “unprecedented attack” against Patriarch Ilia and the Orthodox Church34
Radical-liberal view on human rights is not the sole possible opinion1
How Will We Be Judged?1
Most popular authors
Archbishop Joseph of New York and Metropolitan of All North America214
Archpriest Michael Gillis168
Pravmir.com team167
Archpriest Lawrence Farley146
Peter Samore89
Priest Luke A. Veronis77
Aurelian Iftimiu34
Fr. James Guirguis1