Strugglers Will Be Saved

The usual compromise that people choose of how to confess one's sins is a sort of a question-answer confession, which might as well be used for a "how to repent" manual. The penitent comes to the confessor, lists all their sins and gets absolution. They are now absolved of their sins. In this case, the Sacrament of Penance becomes an ordinary, sporadic event that happens from time to time in the course of a person's life. Lent comes and a person goes to confess their sins and receive holy communion...
Archpriest Alexei Uminsky | 05 April 2009 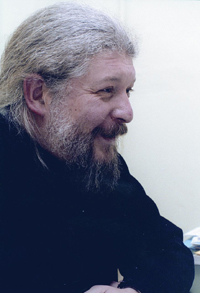 If we understandw that confession is not merely a conversation with a priest but one’s turning to God, then it should be treated by a penitentnot as an opportunity to receive advice and consolation from a wise and kind priest, but as the way to turn to Christ through one’s own spiritual labours. As the Holy Fathers say: “God saves us, but not without our participation”.

The Sacrament of Penance can be performed in various ways subject to the circumstances of one’s life.A penitent can repent in front of a priest, who is using a stole and prayerbook, or the penitent can repent outside the church without any of the mentioned attributes, as it was the case over the period of religious persecution. The only thing neccesary for the sacrament to take effect is the repentance itself. The sacrament may not have effect even if all conditions of the procedure are met with, that is, the repentance has been received by the priest with the stole, prayerbook, cross and Gospel, all the prayers have been said, the sinner’s head has been covered with the stole and the remission of sins has been granted.

How does this sacrament work then? As we have already mentioned, this is one of the most mysterious sacraments. Everything in it can be characterised as ineffable, indescribable or inexplicable. Only by performing the outer part of the rite can we consciously participate in the sacrament. As much as it is beyond our understanding to describe how God created the world with the Word, so much it is impossible to describe how God re-creates man.

The usual compromise that people choose of how to confess one’s sins is a sort of a question-answer confession, which might as well be used for a “how to repent” manual. The penitent comes to the confessor, lists all their sins and gets absolution. They are now absolved of their sins. In this case, the Sacrament of Penance becomes an ordinary, sporadic event that happens from time to time in the course of a person’s life. Lent comes and a person goes to confess their sins and receive holy communion…  Lent ends and a person goes on with his life as before until the next confession and communion. Sadly, most people understand this Sacrament as an intermittent sporadic religious rite to be performed when only they are in need of it.

Treating a confession as a “multi-use sacrament”, our mind lives from confession to confession. Then, instead of being a long uniterrupted single journey to God, it becomes a casual, separate event. If we haven’t learned to build our lives by living in constant repentance, our confession will always be casual. But living in repentance and the sacrament of repentance are a whole, they can’t be divided. When and where does the Sacrament work?  At what stage does the confession become the driving force?

For a man who lives in constant repentance, each confession is new, different from the one before. The penitent himself may not be aware of it, but this is how it is. Every new confession requires a new individual feat on the part of the penitent, not only with God’s help, but also the penitent’s unrelenting struggle against sin.

On the one hand, we know that God is omniscient, and the cause and destiny of all individuals are known to Him before they are born. Nothing is hidden from God. He knows everyone’s heart. On the other hand, God endowed man with free will and never infringes on this freedom. The man is in charge of himself.  The same idea is given to us in His incarnation. He is born as a Baby. His Mother swaddles Her baby hand and foot with swaddling clothes. He comes into this World constrained in His actions. I would even say, He is not free. ‘Not free’ may not be the proper words to use as they run contrary to the very holy nature of God. Yet, this word is exactly the one that can be used again when we see Christ in Pilate’s dungeon tied head and foot, imprisoned, not free. We know that God possesses absolute freedom. When Peter is trying to protect Him from the soldiers in Gethsemane garden, He says the following to him: “Do you think I cannot call my Father and He at once will put at my disposal more than twelve legions of angels? “(Мth. 26, 53). He is free to defend Himself, but instead He chooses His free will so that human freedom might triumph.

Having said that, even though every person is predestined for salvation, it does not mean that every one will be saved. We should fulfill what God’s Providence originally predestined us for – to be adopted as His sons through Jesus, to receive His sonship. But this can be accomplished only by those who apply their free will and who long to be adopted by Him. On the contrary, turning this down, they turn down their salvation.

Translated from the Russian by Zhanna Menshikova

Most viewed articles
We Are Not Saint Mary of Egypt (But We Can Still Repent)164
Athens and Jerusalem: the Role of Philosophy in Faith, with Analysis by St. Gregory Palamas106
Orthodox Priest Rescues Two People from Fire in Constanța105
The pandemic is a significant examination for us all, Transylvania Metropolitan says84
Fire Destroys Main Building with the Church of St. Peter Convent in Pavlodar67
Dining with Caesar45
Most popular authors
Aurelian Iftimiu189
Archpriest Geoffrey Korz164
Eric Hyde106
Pravmir.com team67
Archpriest Lawrence Farley44