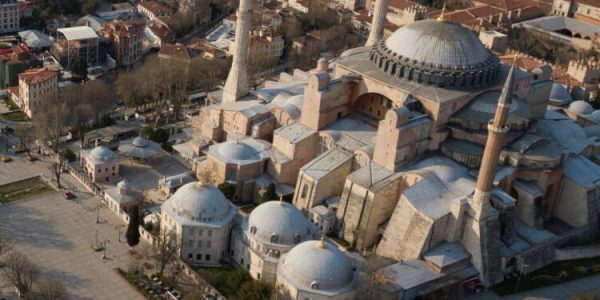 The Supreme Court of Turkey has ruled that Turkish President Recep Tayyip Erdogan can convert Hagia Sophia into a mosque with a presidential decree, reports the Orthodox Times.

Turkish judges ruled that Kemal Ataturk’s 1934 decree on the status of Hagia Sophia as a museum was and is legal, but noted that the current Turkish head of state had the right to decide whether to change it or not.

During the proceedings, it is recalled that the Association for the Support of Ancient Monuments and the Environment filed a petition to examine whether Kemal Ataturk’s signature on the 1934 decree was authentic or false.

The Supreme Court ruled that it was a legitimate decision to protect the museum status of Hagia Sophia, but noted that a presidential decree was enough to change it.

The pro-government press points out, however, that in the event of a positive proposal, it is assumed that the first prayer will be held on July 15, the fourth anniversary of the failed coup attempt, which may affect the time the final decision will be adopted.