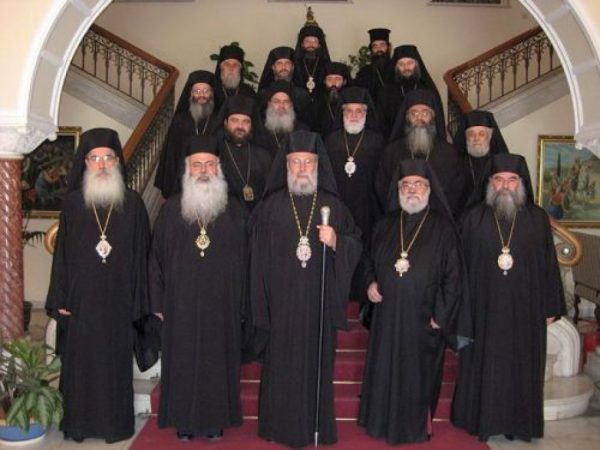 On 18 February 2019, the Holy Synod of the Orthodox Church of Cyprus held an extraordinary session under the chairmanship of His Beatitude Archbishop Chrysostomos of New Justiniana and All Cyprus to discuss the situation surrounding the church life in Ukraine.

Having expressed an opinion that the actions of the Patriarchate of Constantinople in Ukraine had been aimed at pacifying and achieving the unity of the local Church, the Synod members stated that “this goal has not been achieved at present.” In the event that the unification of the Ukrainian Orthodoxy will not occur, the Church of Cyprus expects the convocation of “a Pan-Orthodox Council or a Synaxis of Primates.”

The archpastors of the Church of Cyprus believe that in principle every nation which received national independence has a right to request church autocephaly.

The Holy Synod noted that an agreement concerning the way to grant autocephaly had been reached earlier within the preparations for the 5th Pre-Council Conference, but had been annulled in view of impossibility to agree upon the means to sign a tomos of autocephaly. If it were not for this circumstance, there would have been no current problem in Ukraine.

Having raised an issue of apostolic succession of the newly-created structure in Ukraine, recognized by the Patriarchate of Constantinople, the Holy Synod of the Church of Cyprus emphasized that the two-thousand-years-old experience of the Church of Cyprus, as well as of the whole Orthodox Church, arouses doubts about a possibility to legitimatize post factum the ordinations performed by the defrocked, excommunicated and anathematized bishops. “We, Orthodox, all agreed with the defrocking, excommunicating and anathematizing of some persons who had become instigators of the Ukrainian crisis. “The right of appeal, when such takes place, must have time limits with regard to its submission and consideration,” the Synod members noted. The bishops of the Church of Cyprus pointed out that even if the Ukrainian Orthodox faithful unite around the new structure, the Patriarchate of Constantinople has to find a way to soothe the conscience of the believers as to validity of the ordinations and sacraments that are being performed by this structure.

The Synod members mentioned the Council held in Crete in 2016, expressing their doubt that the non-participation of four Local Churches in it had been justified. The communiqué published by the website of the Church of Cyprus notes that the Cyprian hierarchs take a critical stance towards the cessation of commemoration of a Primate of a recognized Local Church for the jurisdictional reasons. As the document mentions, regrettably, it does not happen for the first time, for there is a break-off of communion between the Patriarchates of Antioch and Jerusalem, and earlier – “between the Ecumenical Patriarchate and the Patriarchate of Jerusalem, and between the Ecumenical Patriarchate and Athens.” The Synod of the Church of Cyprus criticized such exceptional canonical measure as break-off of the Eucharistic communion.