Source: Christian Today
Ruth Gledhill | 13 June 2016
For the second year running, Syria has topped the table of countries whose people are most at risk of genocide, mass political killings or violent represssion. 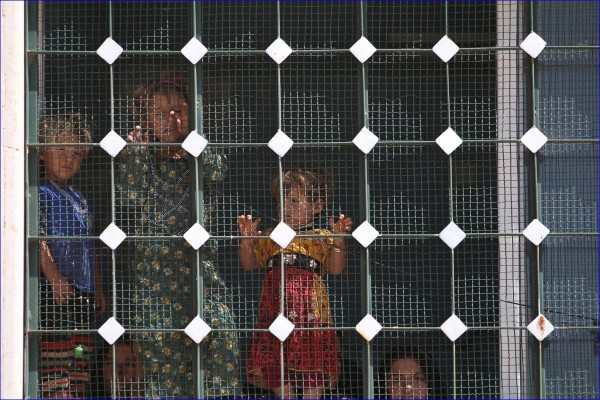 The Middle East and Africa dominate the 2016 rankings of countries where it is most perilous to live. Alongside Syria, countries that have become signifantly more dangerous include Iraq, South Sudan, Libya, Turkey, Ukraine and Azerbaijan.

Further mass migration is as a result inevitable as people flee terrible persecutions, according to Minority Rights Group, which campaigns worldwide to help disadvantaged minorities and indigenous peoples.

The group’s online Peoples Under Threat interactive map shows those countries around the world most at risk of genocide, mass political killing or systematic violent repression.

Director Mark Lattimer said: “Peoples Under Threat demonstrates that although the prediction of mass killing has improved substantially since the 1990s, prevention mechanisms are still woefully inadequate. In particular in 2016, there is a global failure to address the needs of highly vulnerable internally displaced populations, making new refugee flight only a matter of time.”

He said last year’s global refugee crisis was a direct result of the abuses suffered by people living in countries such as Syria.

Lattimer said: “Just in South Sudan and Iraq, for example, there are five million internally displaced victims of ethnic or sectarian persecution, but the UN’s crisis response plans are barely one-quarter funded. Meanwhile, the situation in the two most significant refugee embarkation points for Europe, Libya and Turkey, is rapidly deteriorating.”

The agony of Syria goes on, with even the formal entry into the conflict of the US and Russia failing to bring a resolution any closer.

More than a quarter of a million people had been killed by August 2015, with the vast majority of civilian casualties caused not by Islamic State, but through indiscriminate bombardment by Syrian and Russian aircraft. More than four million people have fled to neighbouring countries.

Meanwhile, Christians and other minorities are mostly confined to government-held areas.

The group warns that mass killing of civilians is under way in the 13 states at the top of the index. Somalia, Sudan, Afghanistan, Pakistan, Democratic Republic of Congo, Burma and Iraq consistently dominate the top ten.