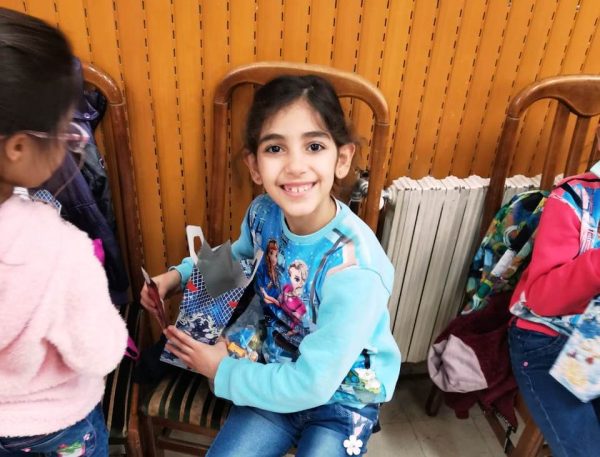 Refugee children from Zabadan received gifts from Russia. Among those who sent the gifts were parishioners of the Moscow Ressurection Church and permanent chiefs of the Sunday schools of the Orthodox Church of Antioch. This city, which was in the hands of terrorists for several years, is now returning to a peaceful life. Russia is restoring a temple in Zabadan in honor of the Dormition of the Most Holy Theotokos.

Bishop Ephraim of Seleucia, Vicar of the Patriarch of Antioch and the whole East, thanked the guests for the joy they brought to the children, as well as for their help in installing Christmas trees in the Patriarchate in Damascus, in the Dormition Church in Zabadan and in several other Syrian towns.

The day before, a Russian event for Sunday school students was also held at the Church of the Holy Cross in Kesaa, the largest temple of the Antiochian Orthodox Church. Among those present were representatives of the “Combat Brotherhood”, servicemen of the Center for the Reconciliation of Warring Parties, cultural attaché of the Russian Embassy in the Syrian Arab Republic T.A. Side.