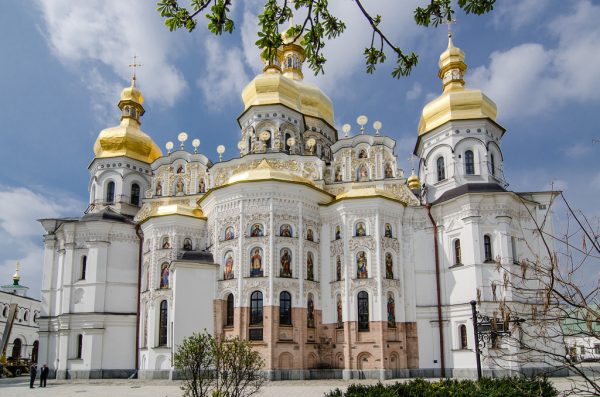 Kiev Monastery of the Caves. Photo by Michele Ursino, from www.flickr.com

The Kiev Pechersk Lavra (Kiev Monastery of the Caves) and the Holy Dormition Pochayev Lavra (monastery, the Ternopol Region of Ukraine) are owned by Ukraine as a state and have been leased out to the Ukrainian Orthodox Church (Moscow Patriarchate) for 50 years, the Ukrainian Culture Ministry said.

However, if it turns out that some irregularities occurred in concluding the leasing agreements, the Ukrainian government might revise them, the ministry said.

“The lavras are owned by the state. Such national heritage sites are not transferred to anyone’s ownership. The lower part of the Kiev Pechersk Lavra and the Pochayev Lavra have been leased out to the Ukrainian Orthodox Church (Moscow Patriarchate) for 50 years,” Andrey Yurash, the director of the Ukrainian Culture Ministry’s department of religions and interethnic relations, said in an interview with the online publication Glavkom.

Asked whether the terms of this lease can be terminated through a court if it is proven, for instance, that the Pochayev Lavra was leased out in violation of the law, Yurash said, “There are no grounds for court hearings here.”

“The state granted the lease, and it is within the government bodies’ purview to decide on its future. That is, if it becomes clear that there were irregularities in leasing the lavra our, this could serve as grounds for revising the agreement. This issue is within the cabinet of ministers’ jurisdiction,” Yurash said.

Earlier in September, the Ukrainian government website posted a petition saying that the Kiev Pechersk Lavra and the Holy Dormition Pochayev Lavra must be taken away from the canonical Ukrainian Orthodox Church. Moreover, Metropolitan Pavel of Vyshgorod and Chernobyl, the father superior of the Kiev Pechersk Lavra, said the monastery had received threats.

The First Russian National Forum of Young Theologians took place on November 25, 2021. It was organized by…

On November 22, 2021, His Grace Bishop Alexis of Bethesda, Locum Tenens of Sitka and Alaska returned from his visit…

Princess Margareta, the custodian of the Romanian Crown, together with Prince Radu…

Metropolitan Onuphry: Kindness Is Testimony of…

Most viewed articles
Metropolitan Anthony (Pakanich): Unworthy Behavior of the Clergy and Believers Is What Pushes People Away from the Church239
How To Prove Your Love To God179
“If I Were a Rich Man…”102
Being Kind and Patient with One Another93
Metropolitan Hilarion Speaks at the Russian National Forum of Young Theologians67
Metropolitan Onuphry: Kindness Is Testimony of God52
Romanian King Michael I’s bronze bust unveiled in London34
Most popular authors
Metropolitan Anthony (Pakanich)239
Fr. James Guirguis179
Pravmir.com team119
Fr. Gabriel Bilas102
Archpriest Peter Olsen93
Aurelian Iftimiu34