Why Does the World Reject the Cross of Christ? 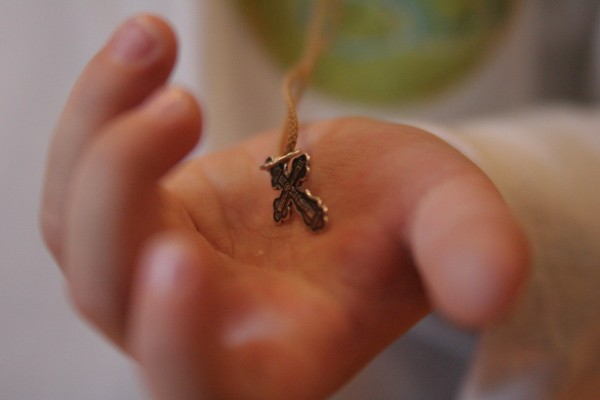 The Cross of Christ teaches us a great truth – that the Christian life is not easy. It hides persecution, rejection, trouble and sorrow according to the world.

The Apostle Paul, writing to the Galatians, dispels every illusion that faith in God ensures comfort and an enjoyable journey through life. “Those who want to impress people by means of the flesh are trying to compel you to be circumcised. The only reason they do this is to avoid being persecuted for the cross of Christ” (Gal. 6:12).

Why do people not want the Cross of Christ and reject Christians who believe in Him?

Because the Cross reminds us that the meaning of life is to be found in sacrifice. And it is not only that we would prefer to give up this life rather than to renounce our faith. Sacrifice also has to do with the abandonment of our rights and of our will. Such a sacrifice is not easy for anyone to accept. Especially when it is stressed by everyone that we should find our rights and defend them in every way, that society and the world despises and marginalizes those who prefer to forgive those who hurt them and not repay them with evil, and even though they come out losers as to all sorts of interests, the way of the Cross seems difficult. When people see the satisfaction the passions give them and it is these which give pleasure and beauty in life, to give up one’s own will and follow Christ to the Cross is a rebuke to the person who does not believe. And this rebuke usually does not trouble well. Rather, because non-believers in the Cross want to justify themselves for the darkness in which they choose to live, they reject those who choose the path that leads to the Light of life.

The Cross also reminds us that there is a standard to which we are called to imitate. We usually only have ourselves as our standard or what embodies our ideals. Whether it is to have material goods, access to knowledge and information, conditions for life and the big question: “Why should others have more than me?” These are the ideals of the world which embody those people who are famous, and make us stray from the path. The Cross reminds us of the unique standard of humility, that God became man, “He emptied Himself” and chose to die for humanity, accepting what is contrary to His own nature. The Giver of Life tasted the bitterness of death. The sign of the Cross reminds us that we have an eternal and unique standard and it calls us to follow Him. But we constantly repeat the story of our fall. We choose to self-deify ourselves and not to follow our God.

Finally, the Cross reminds us that our existence should seek eternity. Our life does not end at the time of death. For us to live our journey towards the resurrection and immortality, we must remember the commandments of God and strive to actualize them. This path seems very backward. People seek freedom of the self. We don’t want anyone over us. We consider the commandments of God to be relational, especially love. And whatever we don’t understand or is contrary to our carnal minds we reduce and erase them from our lives.

The Galatians were swayed by the lukewarm Judean Christians who believed that the act of circumcision would spare them from the ire of the Jews. That if these lukewarm Christians were persuaded to be circumcised, the traditional Jewish zealots would show leniency because at least in this way the Christians would be like the Jews; that Christianity would be a tolerable Jewish sect. However, Paul rejects this mentality. The only path is to boast in the Cross that is rejected by the fanatical Jews. There is no point in a person hiding their identity or trying to beautify themselves only to be liked.

That we are Christians, today and in every era, means that we are called to follow the path of the Cross. To proclaim it in our words and deeds. Without giving in to pressure. Without adjusting to the mentality of the world. But with clarity. Oriented towards sacrifice, towards following our standard who is Christ and keeping the commandments of the Gospel. This is the true path and way of the Church. And in a time when all has collapsed by illusions, it is worth rejoicing in our self-consciousness by choosing once again the course of the Crucified. We know it is accompanied by the Resurrection. But it needs courage to be able to overcome reluctance, illusions and regrets. And the Lord will be with us.