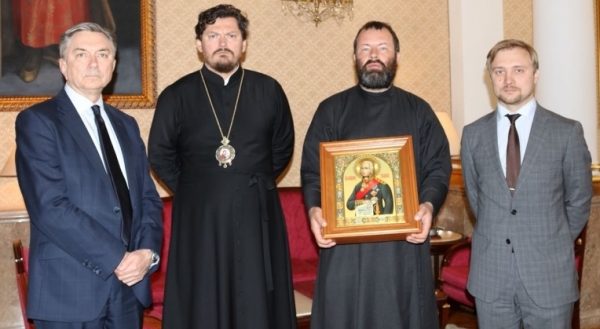 The assembly approved a church calendar for celebrating the saints of the undivided Church who showed forth in the Iberian Peninsula. The calendar was compiled by Archpriest Andrew Kordochkin, rector of the church of St. Mary Magdalene Equal-to-the-Apostles in Madrid. The hierarchs agreed to petition to Primates of Local Church for the establishment of dates for common Orthodox commemoration of the Iberian saints.

The meeting also approved the Spanish version of the Liturgy of St. John Chrysostom for universal usage by the Orthodox faithful of canonical jurisdictions represented in Spain. The translation was prepared by Archpriest Andrew Kordochkin, the website of the Diocese of Korsun reports.

On the same day, Bishop Nestor had a meeting with the Russian ambassador to Spain Yu. Korchagin, who gave an official dinner in honour of the archpastor. In conclusion of the meeting, Mr. Korchagin conveyed to the church of St. Mary Magdalene an icon of the Righteous Fyodor Ushakov as gift from the Russian minister of transportation M. Sokolov.