Can We Kneel in Church on Sundays? 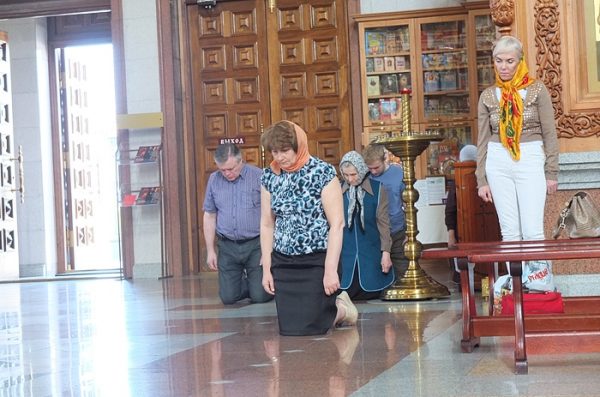 I have a question about something I’ve been thinking about for a while. I’ve read that the Church canons say that you are not supposed to kneel or prostrate on Sundays, but I was wondering how strictly that’s interpreted in practice?

I currently attend a Romanian parish and among Romanians (as you probably know) it is customary to kneel during the Our Father, the Creed, the Gospel reading etc and some people kneel throughout much of the liturgy. I personally think it is a beautiful sign of reverence but I was wondering why it has become customary and accepted in Romania but not in other places, and if the “prohibition” against kneeling on Sundays is really necessary or what the purpose of it really is?

Question from a Correspondent in Europe

‘Since some people kneel in church on Sundays and on the days of Pentecost, with a view to preserving uniformity in all parishes it has seemed best to the holy Council for prayers to be offered to God while standing’.

The canons you refer to are the above, Canon XC of the Sixth Universal Council and Canon XV of St Peter the Martyr of Alexandria, all from the first seven centuries. So, yes, on paper, you do not kneel on the liturgical day of Sunday (Saturday evening to Sunday evening) and not between Easter and Pentecost (the kneeling prayers read at Vespers of Pentecost are the first when you kneel). Why? Because Sunday is the day of the Resurrection and the period between Easter and Pentecost effectively the afterfeast of the Feast of the Resurrection. If we are risen with Christ, then we are risen and so stand.

So much for the theory. What about practice?

One of the easiest ways to tell the difference between certain converts and Orthodox is whether they kneel on Sundays or not (especially on the Sunday of the Cross during Lent). Converts, whether of the zealot old calendarist or of the liberal new calendarist variety (extremes always meet), refuse to kneel because of their head knowledge, Orthodox kneel because of the movements of their hearts. As one person has said in answer to an uptight convert who insisted that Orthodox stand during services: ‘No they don’t: Russians stand, Greeks sit and Romanians kneel’.

Why this difference? It is all a question of piety – or lack of piety. Sitting is a lack of piety (unless the person is ill, heavily pregnant etc), which has entered the Greek Churches (including the Antiochian) only very, very recently. Pious Russians are horrified when Greeks and Antiochians sit during the Epistle. But kneeling is a great sacrifice. I admire those Romanians who kneel throughout the liturgy as an act of piety which accords with their temperament. I don’t think I could do it physically. Equally standing is also a matter of asceticism.

A common Russian practice among bishops and priests is to kneel at certain points during the Liturgy, for example during ‘Our Father’.

Certain converts, often of a Protestant background, tend to interpret the canons literally, according to the letter. Such individuals, it seems, used to be fundamentalists in their interpretation of the Scriptures, and quote canons as they used to quote chapter and verse, hoping perhaps to send their fellow human-beings to hell (and themselves to a very prideful heaven). If this is the case, then it is all pure phariseeism. (‘Do not heal or do good on the Sabbath day’).

Conclusion: Pray and then do what your heart tells you to do, observing those around you, so that you scandalize no-one. This is called humility and it stands above the letter of the law because it keeps the spirit of the law. When I as a priest see metropolitans and bishops, or for that matter pious laypeople, kneeling on a Sunday, I have no hesitation in kneeling with them. We should refuse to put ourselves above others. 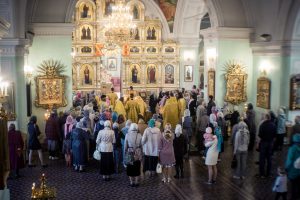 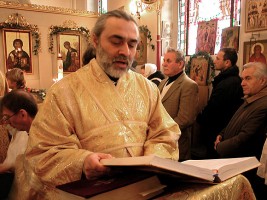 Is It Time to Do Away…
Andrew F. Estocin