Christianity will not Disappear from Its Country 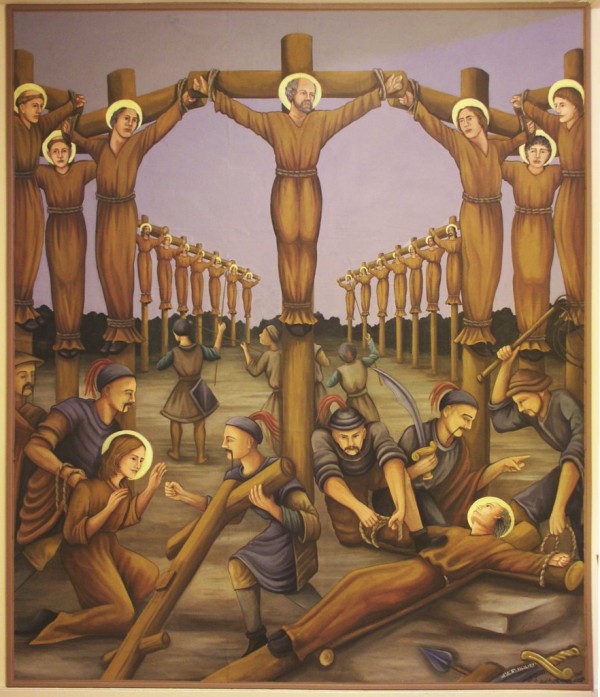 Photo: A painting of the martyrs inside of the church of the Holy Martyrs of Japan, in Japan, Missouri 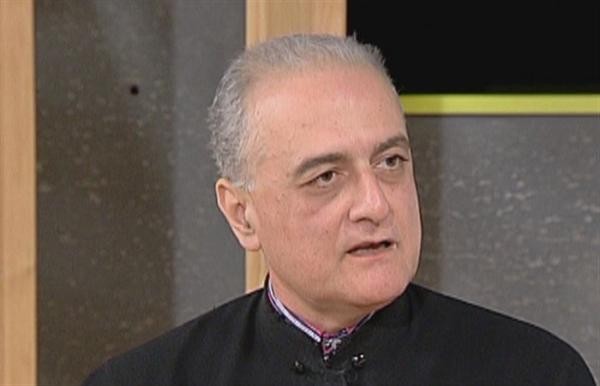 The Christians in my country– or at least most of them– think that their existence in this Middle East will not last without the support of the rulers and strongmen of this world or without dispensing with Christian “beatitude”. However, if we go back through Christian history, we find that the persistence of Christianity has been fundamentally based on sincerity and faithfulness to the teachings of Christ the Lord, those teachings that reached their culmination on the cross. It is a mistake to think that the Christian presence in the Middle East has persisted thanks to their own power.

At the end of the second Christian century, an unnamed Christian sent a letter to a pagan named Diognetus in defense of Christianity in which he said,

The writer of the letter adds that, even if they are a small group of people, it is not right for Christians to isolate themselves in ghettos, since they are in the midst of the world, enriching it like the power that the soul radiates through the body.

This letter, which was composed at the height of the persecution that the Roman Empire waged against Christians, is the best expression of a Christian mentality rooted in the Gospel. Persecution did not deter Christians from the faith, but rather increased their numbers. Fear did not reign over those approaching persecution and it did not dampen their resolve. Rather, it increased their insistence on the correctness of their belief and their hope of eternal life. They approached martyrdom as ones approaching true life. This is why this era is called the golden age of Christianity. Christians did not join forces with emperors, governors or rulers and they did not make truces with Nero, Marcus Aurelius or Diocletian. They did not cooperate with them and they did not submit to their authority. Some men at the Roman court, some officers and soldiers, declared their Christianity by renouncing their positions and livelihoods in order not to serve an unjust state. They went forth to martyrdom after having cast aside the weapons that they could have used to fight, in order to bear witness to the Lord and His Church. In this way the Apostles Peter, the fisherman, and Paul were victorious over Nero and his entourage. In this way the Church was victorious over the Empire.

In his “Treatise on the Existence of God and the True Religion”, the Orthodox Bishop of Harran Theodore Abu Qurrah (d. ca. 830) offers numerous proofs for the truth of Christianity and its divine origin on the basis of its miraculous spread. He says,

“Christ’s disciples were twelve men from among the Jews. And for the nations, the Jews were the lowliest and most hated nation in the world. They were the lowliest of their nation. They had no worldly regard and no lineage with which to attract people or guide people to themselves. Nor did they have possessions, a home, shelter, clothing, two days’ food or saddle-bags by which people might be drawn to them seeking gifts from them. Nor did they have a king, a ruler or any cause or strength in this world so that some might be drawn to them by coercion, fear or power-seeking. Indeed, they were the opposite of this, with everyone oppressing and insulting them. Nor was there anyone among them who understood books or knew any of the wisdom of the world, through which people might be drawn to them. They called people to the Christian religion and did not allow them to indulge in the lusts of this world, in the abundance of its women, in its pride and its pleasures, so that people might be drawn to them. Instead, just the opposite of this, they teach abandoning it all immediately.”

Theodore then gives proofs connected to the changes that Christianity brought to the morals of the nations and peoples that adopted it. He says,

“The nations were in luxury, with the food, drink and drunkenness of the world and [Christianity] required them to fast strictly and limit themselves to bread and water. The nations persisted in marrying women and taking slave-girls like horses with obsence, unmentionable fornication. [Christianity] put an end to that for them, requiring chastity of them and limiting those who want worldly life to one wife, down to our own day. The nations raged and looted everyone’s money, dominating everyone in this way. [Christianity] stopped them from this and caused them to distribute their wealth and belongings to the poor and needy.”

Abu Qurrah follows his proofs for the truth of Orthodox Christianity by recalling the teachings of Jesus in the Gospels. He says,

There are other writings, which there is not room in this article to mention, that follow in precisely the same direction as the Epistle to Diognetus and Theodore Abu Qurra. Christianity has persisted, even though it adopted the way that is faithful to Christ’s teachings, this way that some of those who speak in the name of Christianity claim will lead to the disappearance of Christianity.