Does One Need to Be Tolerant on Christmas?

Even if one thinks in terms of profit, in the final analysis tourists value not only French cheese, German beer, and London fog, but also the unique atmosphere of European comfort, history, and culture, which it is impossible to recreate anywhere else at any cost. Las Vegas and Dubai may be more elaborate and rich, but they will never be Europe. But what will happen when Europe ceases to be Europe?
Dr. Andrei Desnitsky | 27 December 2011

The House of Tolerance 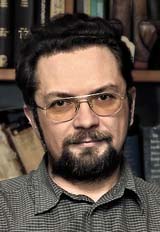 “Europe needs to become our common brothel (lit. “house of tolerance”).” Thus was a statement of one of the leaders of the European Union translated into Russian. Of course, the original spoke of tolerance. One may, however, see something greater in this slip than simply a translator’s gaffe. It goes without saying that true tolerance of people with various religious and political convictions is a good thing; one of Nicholas II’s decrees, for instance, was entitled “On Strengthening the Foundation of Religious Tolerance (April 1905). As is apparent, this conception is fully compatible even with autocracy.

Today, however, something different is going by this name, and this becomes especially evident if one goes to Western Europe on Christmas Eve. Is this even Christmas? Even a few decades ago people put up Christmas trees and nativity scenes on the streets and sent one another cards on which something from the Gospel account was depicted. All the while, this does not mean that they were believers, but nonetheless they were celebrating Christmas. Entering the famous Notre Dame in Paris, people understood that this was not simply a big brick building with astonishing gargoyles, also associated with a hunchback from a musical, but a place dedicated to the worship of God, dedicated to the Mother of God (“Notre Dame” means “Our Lady” in French). Even if one does not pray in this building oneself, it is still impossible not to note that it was built for prayer and is still used for that purpose today.

But with Christmas in Western Europe they have very nearly succeeded, and the USA is going along the same path, while Eastern (formerly socialist) Europe is resisting for the time being. On the streets of Riga and Prague they still have nativity scenes and they still hang Stars of Bethlehem. Just a bit further to the west this is no longer guaranteed. Although there are no governmental prohibitions, private companies and schools are more likely simply to mark the “winter holidays”; not only icons or stars, but even neutral decorated trees are out of place in such holidays because they are inextricably linked with Christmas. The same thing, incidentally, took place at the dawn of the Soviet power: Christmas trees were rehabilitated only in 1937, and even then as New Year’s Trees.

But what is so special about the Christmas tree? Not long before Christmas the Jews celebrate Hanukkah to commemorate the victory of the Maccabean revolt and the new consecration of the Jerusalem Temple in 165 BC. Over the course of eight days they have the custom of lighting candles, one a day – but I have never heard of the chanukiah (as the special candelabrum used for this holiday is called) being banned in Europe for the sake of tolerance, as happens with the Christmas tree. Perhaps this is because Judaism is a minority religion; but, on the other hand, France has likewise come out against the hijab, the scarves Muslim women wear, which is also worn by a minority. Perhaps the hijab is too foreign, whereas the Christmas tree is too evocative.

But what to do if, in an old European city, the town square has from the very beginning been in front of the church, and if everyone who traded, socialized, and simply walked along it never lost sight of this church? Therefore, if one is going to be consistent, one should not only remove the Christmas trees, but also destroy the churches (or convert them into entertainment of shopping centers) and simultaneously rename the old streets and even entire cities. Paris and London have entire train stations, not to mention subway stops, named after saints: Saint Lazare, Saint Pancras! Should these also be offensive to atheists?

Parisians and Londoners are not yet ready for such a radical break with tradition. Then they would have to declare their native cities empty of history and culture, even if they are pleasant enough places to live. Then they can spend their time as they please in endless holiday buying and selling, have races for gifts, and spend and spend simply because the time has come. This time of buying used to be called “Advent” in Europe, which means the “coming” (of the Savior to the world).

Even if one thinks in terms of profit, in the final analysis tourists value not only French cheese, German beer, and London fog, but also the unique atmosphere of European comfort, history, and culture, which it is impossible to recreate anywhere else at any cost. Las Vegas and Dubai may be more elaborate and rich, but they will never be Europe. But what will happen when Europe ceases to be Europe?

Once on Christmas in Flanders, in the trenches of the First World War, German soldiers began to sing “Silent Night, Holy Night.” They heard it in the British trenches, translated it, and began to sing themselves! The bitterest enemies, who the day before were killing one another, wet and freezing within shooting distance of one another, sang one and the same Christmas carol, believers and non-believers together. People on both sides of the front were united by something greater than loyalty oaths and flags, than the memory of fallen comrades and commander’s orders – they belonged to one and the same Western Christian civilization. They had the same holidays, and this night they remembered the same thing: a distant home, a church service, and a holiday dinner.

Today this tune – without lyrics, it goes without saying! – is played unobtrusively in all shopping centers during the endless Christmas, or really “winter holiday season,” sales. Everyone knows it by heart, but it unites no one – for it means almost nothing to anyone.