The Genealogy of Christ: Where We Come from, Who We are, and Where We’re Going

Source: St. Lawrence Orthodox Church
Among the ancestors of Christ are the righteous and heroic, the obedient and preserving, yet there are clear eras and events of sin in His family tree.
Archpriest Thaddaeus Hardenbrook | 17 December 2014 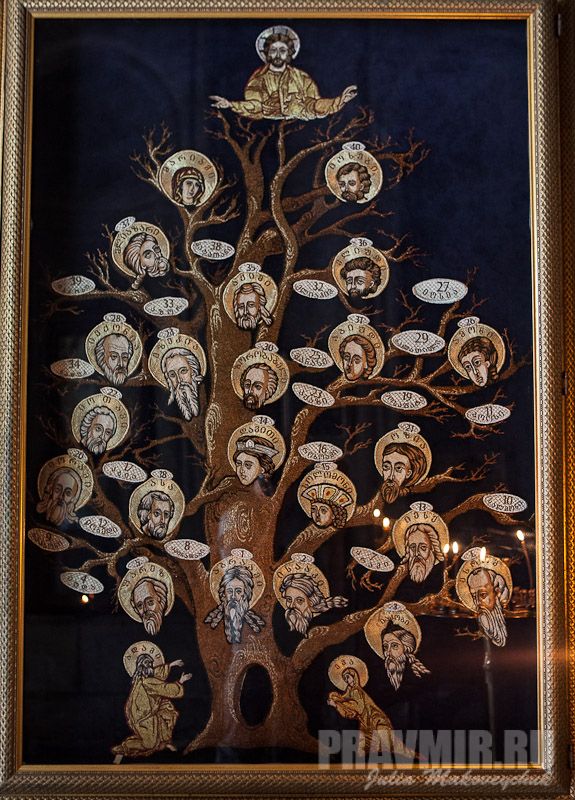 Icon of the genealogy of Christ

The Sunday before Nativity is dedicated to the genealogy of Christ for two very important reasons. First of all, to declare His fulfillment of the prophecy that He would be both of the seed of Abraham and of the seed of David. For 1500 years, the People of God had been promised that from among the descendants of Abraham and David a Savior and King would be born. And at the birth of the Christ-child, this ancient promise if fulfilled.

The second, equally important, reason the genealogy is presented to us on this day is to confirm and remind us that the prophesied Savior comes to save all people, of every race, saint and sinners. He is a compassionate King who acknowledges imperfect yet well-inteded efforts, overlooks error accompanied by sincere repentance, and accepts being brought forth into human existence by way of lineage that is holy and yet at times sinful.

Among the ancestors of Christ are the righteous and heroic, the obedient and preserving, yet there are clear eras and events of sin in His family tree. The names of Judah & Tamar, Rahab, David & Bathsheba bring to mind struggles with deception, seduction, adultery, and murder. We are reminded that “David the King begat Solomon by her who was the wife of Uriah.” And yet we do not consider these events as skeletons in the closet that hopefully no one will notice. These people and events are irrefutable proof that from a state of sin, by the love and power of this Savior, we can proceed towards holiness and ultimately be united with that which is truly Divine.

In the very early Church, it was most important that the divinity of Christ was emphasized. For, if He is not truly God, the salvation and commandments He delivered may be helpful teachings but are not divine revelation. And yet in the years that followed, the humanity of Christ began to be overlooked, and heretical ideas arose that reduced Christ to an impersonal Savior more divine than human, more omnipotent than compassionate. As a result, the Church separated the feast of Nativity from Theophany in order to emphasize dogmatically the fully human nature of Christ that was incomprehensibly and unconfusedly united to the fullness of His divinity.

Ours is the Christ “who, for us and our salvation, became man” (Creed). He who teaches, listens, heals the sick, touches the unclean, and associates with sinners. He who became man, born as a child both of Abraham and of David, that we too might “become as little children . . . and enter the kingdom of heaven” (Matt. 18:3).

Believe and trust, be awestruck and filled with rejoicing that Christ comes not for an impersonal human collective, but for each of us particularly. He is personal and relational, being known and enabling us to be known. He begins this personal salvation with Mary, His mother, not stopping until He has touched everyone. The fruit of that touch is determined by each of us.

Anticipating the awe and joy!