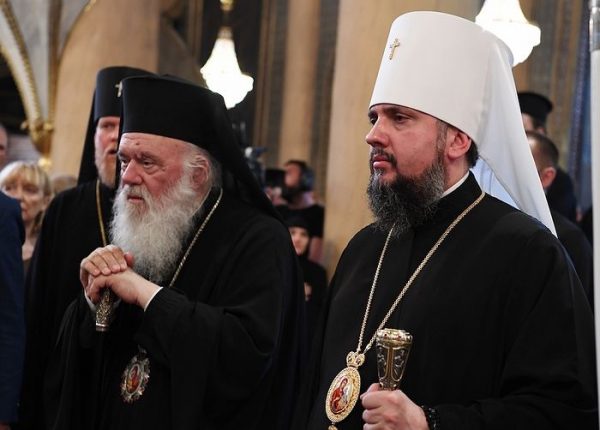 The Bishops’ Council of the Greek Orthodox Church, gathered in an extraordinary session today, has resolve to recognize the schismatic “Orthodox Church of Ukraine” (OCU), which was previously recognized only by the Patriarchate of Constantinople, which created the new structure last December, reports Romfea, the Orthodoxia News Agency, and vimaorthodoxias.gr.

“Metropolitan” Epiphany Dumenko, the primate of the OCU, has already sent Archbishop Ieronymos of Athens a letter thanking him for the Greek Church’s recognition.

The Greek hierarchs gathered to hear a recommendation from Abp. Ieronymos, who in his report referred to the two committees created by the Holy Synod to investigate the Ukrainian issue, which both recommended recognizing the OCU, as well as to the Holy Synod’s earlier decision to acknowledge the right of the Patriarchate of Constantinople to grant autocephaly.

According to Orthodox Times, the English version of Romfea, “The Hierarchy of the Church of Greece authorized Archbishop Ieronymos of Athens and All Greece with the exception of seven Metropolitans who disagreed,” though it is not exactly clear what is meant by “authorizing” Abp. Ieronymos. Vimaorthodoxias reports that 6 metropolitans called for a delay in the vote on the matter, which could be what Orthodox Times is referring to.

Hierarchs who spoke with vimaorthodoxias noted that the Greek Church has traditionally stood with the Patriarchate of Constantinople and could not do otherwise.

The recognition will reportedly formally take place on October 19, when Epiphany Dumenko will concelebrate in Thessaloniki with Abp. Ieronymos, according to Romfea. However, Epiphany is expected to be in New York City that day to receive a human rights award from the Patriarchate of Constantinople’s Order of St. Andrew.

UPDATE: The official communiqué of the Bishops’ Council, confirming Greek media reports, has been published. The full text of Abp. Ieronymos’ report has also been published, in Greek.