His Holiness, Patriarch Kirill, Sends Condolences Over Death of Hundreds of People in Sri Lanka

Source: ROC
Patriarch Kirill of Moscow and All Russia | 22 April 2019 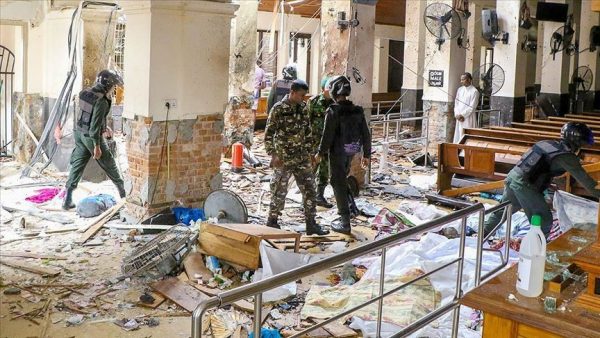 On April 21, 2019 a series of terrorist attacks took place in hotels and Catholic churches in Sri Lanka during the Easter celebrations. More than 200 people became victims of the explosions, another 450 were injured. His Holiness, Patriarch Kirill of Moscow and All Russia, sent condolences to the President of the Republic of Sri Lanka.

To His Excellency Maithripala Sirisena, President of the Democratic Socialist Republic of Sri Lanka

I am deeply shocked by the news of a series of explosions in Sri Lanka, which killed hundreds of people and injured a great number of people.

The terrorists chose as objects of their attacks not only residential and public buildings, but also Christian churches, in which a large number of believers gathered to participate in the celebration of Easter.

Please convey my sincere condolences to the families and friends of the victims, as well as my wishes of a speedy recovery to all the wounded. I hope that the government and law enforcement agencies of Sri Lanka will do everything in their power so that not only the perpetrators, but also the organizers of these bloody crimes will not avoid responsibility for the committed atrocities.

I am praying to the merciful God for the consolation to those who were struck the terrible misfortune, and for strength to everyone who are putting their efforts today in overcoming the consequences of the terrorist acts.

Patriarch Kirill Speaks on the Importance of Unanimity

On November 29, 2020, the 25th Sunday after Pentecost, the commemoration day of the Apostle and Evangelist Matthew,…

Most viewed articles
On Feeling Forsaken142
Patriarch Kirill: We In No Way Question the Healing Power of the Holy Mysteries of Christ!125
Lessons from Saint Mary of Egypt123
Ethiopian Patriarch Thanks Patriarch Kirill For the Support During the Persecution96
Maronite Patriarch Thanks Russian Patriarch for His Support for Christians in the Middle East85
Food for the Journey25
The pandemic is a significant examination for us all, Transylvania Metropolitan says7
Sunday of the Samaritan Woman1
Creation in Genesis1
Athens and Jerusalem: the Role of Philosophy in Faith, with Analysis by St. Gregory Palamas1
Most popular authors
Pravmir.com team306
Archpriest John Moses (+2019)142
Justin Doty123
Dcn. Michael Schlaack25
Aurelian Iftimiu7
Eric Hyde1
Archpriest Geoffrey Korz1