The Christians’ Worth is not in their Numbers 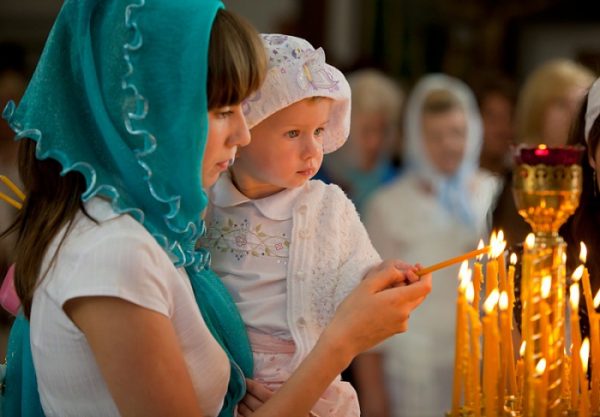 There is an obsession that has taken hold of Christians regarding their continued existence in our country, to the point that it has become permitted for them to do whatever they want, even if it is contrary to the most obvious teachings of Christ the Lord, in order to defend their existence. This contradiction between keeping His teachings and practices in daily life on the one hand and on the other hand preserving bodily existence while ignoring these teachings has led to a crisis of faith and intellect that can be summarized with the question: How can we defend our existence while staying faithful to true Christianity? We will present two historical examples of Christians’ behavior during eras of persecution and eras when they were excluded from temporal authority.

In the second century, an unknown Christian writer sent a pagan named Diognetus a letter defending Christianity in which he told him, “Do you not see how they throw the Christians to the wild beasts in order to induce them to deny the Lord, but they are unconquered? Do you not see that the more martyrs there are, the more Christians there are?” The writer of the letter adds that Christians have no right, even if they constitute a small group, to isolate themselves in ghettos, since they are in the middle of the world and they give it life, just as the soul sends its power through the body.

This letter that was written at the height of the age of persecution inflicted against Christians by the Roman Empire is the best expression of a Christian mentality rooted in the Gospel. Persecution did not discourage Christians from the faith, but rather increased their numbers. Fear did not rule over the souls of those approaching persecution. It did not lessen their resolve, but rather increased their insistence on the truth of their belief and their hope of eternal life. They approached martyrdom as one approaching true life. Therefore this age is called the golden age of Christianity.

Christians did not join forces with emperors, governors and rulers. They did not make truces with Nero, Marcus Aurelius or Diocletian. They did not cooperate with them and they did not submit to their authority. Some men of the court and officers who openly declared their Christianity did not hesitate to renounce their positions and their livelihoods in order not to serve an unjust state. They went forward for martyrdom after abandoning their weapons, with which they could have fought, in order to bear witness to the Lord and His Church. In this way the Apostle Peter, a fisherman, and the Apostle Paul were victorious over Nero and his lackeys. In this way, the Church was victorious over the Empire.

Christianity abandoned this manner of acting in all the epochs where the Church forged alliances with emperors and the authorities of this world, from the time of Constantine the Great (d. 335) to our own day. Monasticism was established shortly after the end of the era of persecutions, denouncing this symphony of religious and temporal powers. Some Christian writers criticized the adoption of Christianity by the masses merely because it had become the official religion of the state in 381 under the rule of the emperor Theodosius the Great, just as they criticized personal interests and benefiting from the positions of the state being the motive for adopting Christianity.

In the Islamic era, Christians did not control the affairs of the state, but nevertheless their presence continued to be active and numbers was not a concern for them. Here we must mention the testimony of al-Jahiz (d. 868) who marveled in his Refutation of the Christians over how the Christians were numerous, despite the fact that “no catholicos marries or seeks progeny, nor any metropolitan or bishop, and likewise those who have hermitages and those who dwell in monasteries, every monk on earth and every nun, in all their multitude. Those of them who marry a woman are not able to replace her, nor can they marry another one alongside her or take a concubine in addition to her. Despite this, they have covered the earth, filled the horizons, and conquered the nations with numbers and abundance of progeny.”