A Third Way of Reading the Bible 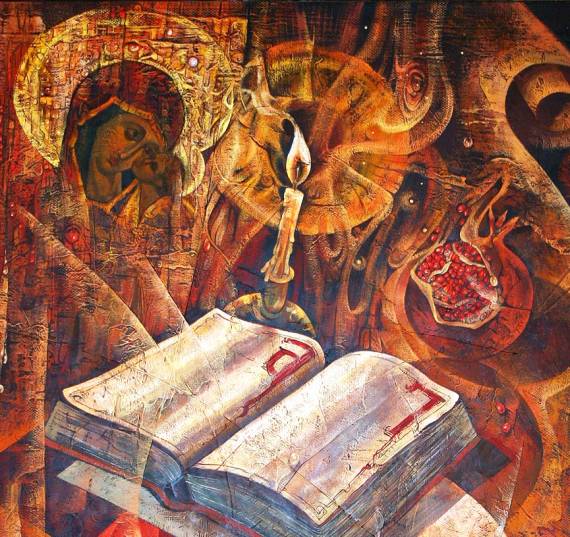 When it comes to reading the Bible, two distinct schools of thought seem to exist. On one hand, there’s the ‘Literal’ school of biblical interpretation, which generally takes any given text from the Bible and upholds its literal historical meaning as the incontrovertible truth. If it is says so in the Bible, then that’s how it happened and that’s how it is.

In apparent contrast to this Literal school of biblical is the ‘Liberal’ school. Liberal interpreters generally assert that Scripture is really just myth and allegory. When reading the Bible, they say, we cannot take the surface meaning as the ‘Gospel truth.’ The Bible is, after all, a religious document, not a historical one. Its meaning is to be understood in purely symbolic terms, for its spiritual or metaphorical meaning.

It would seem that the Literals and the Liberals stand on opposite sides of biblical interpretation debate. In fact, the two approaches are really two sides of the same coin. Whether you are Literal or Liberal, you are still working with the same basic assumption that the meaning of the Scriptures centres around the question of historical veracity. For the Literals, the historical accuracy of the Scriptures makes them true. For the Liberals, the historical inaccuracy of Scriptures is the basis of their ‘symbolic’ truth. Either way, the historicity of the text is both the starting point and the destination of the debate.

May I suggest a third way? I like to call it the ‘prophetic’ method, but it’s nothing new. This manner of interpreting the Bible has been practiced within the body of Eastern Orthodox theology for almost two thousand years.

The basic assumption of prophetic exegesis derives from the New Testament, in which the risen Christ appears to His disciples on the road to Emmaus. Beginning with Moses and all the prophets, he interpreted to them in all the scriptures the things concerning himself. (Luke 24:27. See also John 5:46)

The entire purpose of the Scriptures, then, is to lead us to Christ. The Old Testament is ultimately a foreshadowing of the fulfillment of God’s plan of salvation in the Son of God. The goal of interpreting the Scriptures is to encounter Christ Himself. The meaning of the text is not primarily historical or symbolical; it is personal.

The prophetic method thus begins with the guiding interpretative principle that whatever text we encounter in the Scriptures, it must lead us to the Person of Christ and must be interpreted as a prophecy of Him.

Allow me to demonstrate how this works. First, let’s take one of many ‘difficult’ texts in Scripture:

Asked to justify this horrific image, a Literal interpreter might shrug and say, “That’s the Old Testament. We are no longer bound by the law, which says that God will by no means clear the guilty, visiting the iniquity of fathers upon children, upon the third and upon the fourth generation. (Numbers 14:18) We live under grace.”

Confronting the same text, a Liberal might respond with a grimace: “That’s the Old Testament. It reflects the clan mentality of primitive cultures. It’s no longer relevant today. Jesus calls us to live with mercy and tolerance for our enemies.”So from both points of view, the text is effectively dead. It has no power and significance in my life as a Christian here and now.

How does the prophetic method handle these verses? It begins on the literal, historical level. The killing of infants does indeed reflect the ancient Near Eastern understanding that the crime of one generation was carried forward to future generations. So it makes sense that the Israelites would seek to utterly annihilate their Babylonian enemies.

If our interpretation stopped there, we would have little more than an archaeological curiosity, an example of an outdated and barbaric practice. But the prophetic method continues to ask, how do these verses prophecy to Christ? The response: the ‘rock’ refers to Christ, the Rock of our salvation. (see Psalm 18:2 and 1 Corinthians 10:4) The ‘little ones’ dashed against this rock refer to sinful passions, which we are called to ‘dash,’ which is to say, put to death at the moment of their birth in our minds and hearts.

So the prophetic method is neither Literal nor Liberal. It does not ignore the historical level of the Scriptures: if we did not understand the nature of clan vengeance, the meaning of the verses would be lost. But neither does it stay on the Literal level, otherwise the verses would be irrelevant for us today. Rather, the method goes on to interpret them metaphorically, as symbolizing Christ and the crucifixion of our sinful passions.

In the end, the prophetic method always makes the chosen text spiritually fresh, relevant and powerful. It leads us into the Scriptures, through the Scriptures from the literal to the spiritual, and beyond, to the fulfillment of the Scriptures in the personal relationship with Christ. The ultimate goal of reading the Scriptures is to meet the One of whom the Scriptures speaks, whom the disciples met on the road to Emmaus, whom they knew in the breaking of the bread, whom they proclaimed and delivered to the following generations in their writings, preaching and traditions. (see 1 Corinthians 11:2 and 2 Thessalonians 2:15)

In contrast to the well-worn and tired methods of Literalism or Liberalism, I offer the prophetic method as a third way for your consideration and the further enrichment your continuing study of the Bible. For generations since the road to Emmaus, Eastern Orthodox exegetes have used it to fruitfully interpret everything from Genesis to Revelation. May it also bear fruit in your life and become a source of joy and refreshment for your soul.