‘We are Willing to Lay Down Our Lives’: Brave Chinese Christians Stand in Defiance of Government’s Church Demolition 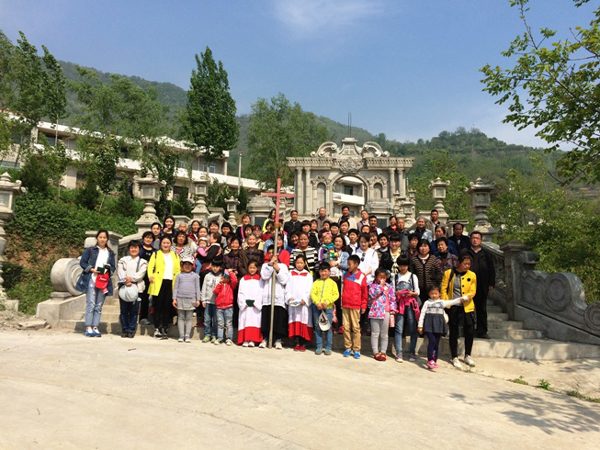 A number of Christians in China have said they are willing to lay down their lives in an attempt to stop the government bulldozing their ancient Church buildings.

In it’s most recent crackdown, the Chinese government ordered
600 officials to demolish the Marian shrine of Mujiaping, which serves as a shrine to the Virgin Mary. Hearing that the government was attempting to destroy their precious place of worship, local residents, many of whom are from impoverished communities, conducted a “sit-in protest” at the site.

“We are willing to lay down our lives,” one of them told Asia News, defiant in resistance against the anti-Christian government. Knowing that it was unlikely they would be able to stop the sizeable force contracted by the government to destroy their buildings, the faithful believers simply asked for prayer.

The site in question is located in the same diocese Qianyang church, which was destroyed on 4 April. Threatening those who refused to adhere to state-mandated rules on organized religion, an official from the government-controlled Patriotic Association, was reported have told Christians: “If you don’t sign up, we will destroy everything.”

In response to the news, David Mulroney, a former Canadian ambassador to China, and himself a Catholic, told LifeSiteNews that the destructive behavior of the Chinese goverment was “heartbreaking” for this small faith community. The action, he said, “shows how deeply China’s Communist Party fears religious belief.”

The faithful who continue to put their lives on the line “deserve our prayers,” he added, and “they also deserve the support of the international community.”