Word of a Pastor IV: On Holy Scripture

It is fairly difficult for modern man to understand the Bible. In the narrative are often found unusual literary forms, expressions, and images. Because of this, the untrained reader shrugs in bewilderment and puts the Bible aside as a book full of obscurity.
Patriarch Kirill of Moscow and All Russia | 11 September 2014
We continue the serialization in English of an extensive series on the fundamentals of the Orthodox Faith by His Holiness, Patriarch Kirill of Moscow and All Russia. 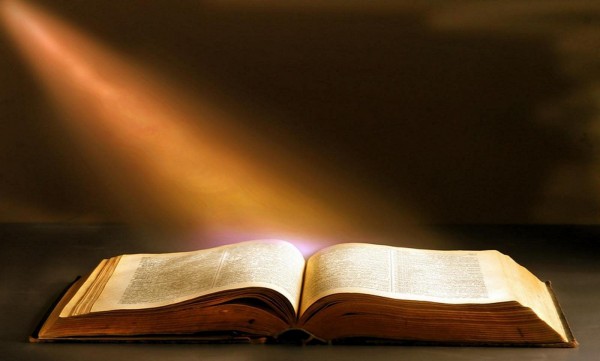 Holy Scripture is a book that has received the name of “the Bible,” which in translation from the Greek, in fact, means “the book.” This name is not accidental. It emphasizes the Bible’s utterly unique significance: it is the Book of books, the Book with a capital letter, and the Book of life, because, through this Book, God Himself speaks to us – the Creator and Source of Life.

The Bible is divided into two unequal parts. The first and largest part is the Old Testament, and the second is the New Testament.

The books of the Old Testament tell the story of the chosen Jewish people. This history is called Sacred not because all the people described in it were holy; no, it tells the story not only of holiness, but also of sin: of wars, crimes, deception, and violence… This history is called Sacred because the Divine Principle is present in it. The works of God in history are holy, infallible, and salvific. Sacred history is the story of the relationship between God and the human race. 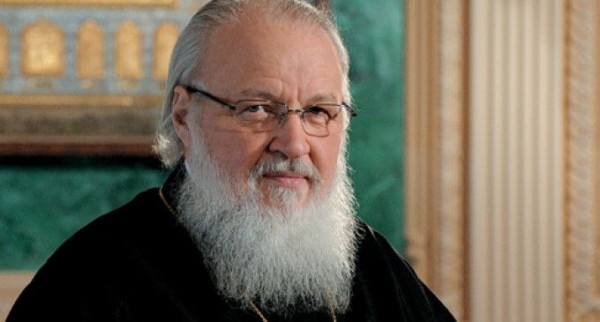 It is fairly difficult for modern man to understand the Bible. In the narrative are often found unusual literary forms, expressions, and images. Because of this, the untrained reader shrugs in bewilderment and puts the Bible aside as a book full of obscurity. There is nothing surprising in this: the Bible contains evidence of historical events, some of which may be, as scholars believe, three to four thousand years old, while other parts are altogether lost in time. Parts of the text of Holy Scripture go back to such deep antiquity.

Let us imagine those ancient writers addressing their contemporaries. They could not have imagined the modern reader with his body of knowledge, historical experience, ways of thinking, and self-expression. Addressing their contemporaries, they naturally used the language, imagery, metaphors, and figures of speech of their time. However, with a correct reading of the Bible, these seemingly archaic images open up in a new way to us, becoming clear, intelligible, deeply meaningful, and carrying great meaning.

There is another difficulty faced by the modern reader of the Bible. Often people try to look at the Bible as a source of natural-scientific data. Open the first pages of the book, where the creation of the world is spoken of, and… one notices with surprise that the text does not correspond to today’s scientific understanding of the origin of life. One becomes disappointed. Thus others leave off reading, thinking that the Bible either is unclear or unconvincing for modern man.

But the fact is that the Bible is not a textbook, either of cosmogony, the natural sciences, or even of history. This is not a scientific book, but a religious one. Therefore what is most important in it is not facts about the natural sciences, nor historical information, but rather what God intended to reveal about Himself to people. From the Bible we gain reliable knowledge about God and His relationship to man and to all things.

The Bible was written by various authors over the course of more than a millennium. The names of some of them have come down to us, while about others we can only guess. Here it is very important to note that in the ancient East the notion of authorship was entirely different than it is now. Now we call the author of a book the person who personally wrote his own book. But then the author was considered the person whose thought was reflected in the book, whose ideas and experiences were depicted in its pages. Therefore, different people might often be behind the authorship of a given Biblical book, people who might sometimes even have created the text at a different time than when the author himself lived.

Reading the Bible, we can judge the scope and character of its authors’ knowledge, their literary abilities, cultural level, education, and even their temperament. These ancient authors might have been poets, presenting religious truths in wonderful artistic form, in the language of immortal poetic images. Others were prose writers, who tried with all possible accuracy and completeness to relate the events they experienced.

In other words, the physical authors of the Bible were people with their virtues and imperfections, which means that their works might not lack certain external contradictions natural to human nature in general, and to every human work in particular. But the Bible would not be the Book of books, the Word of God, if it were only written by people. The author of this book is God Himself Who, acting on the hearts and minds of the ancient authors, infused His thoughts in them. And this Divine infusion is what is called Divine inspiration.

Both God and men are the authors of the Bible. God revealed about Himself that which was necessary for human salvation. The historical authors of the Bible perceived the Word of God, clothing it in a given literary form particular to the cultural and historical context of their times. However, it is this human factor in Biblical authorship that can be potentially fallible. Here involuntary errors or omissions can show. At this level, the Bible can be studied and researched by applying to it the methods of historical and literary criticism, systemic and even mathematical analysis, which theologians and scholars do. But human criteria are inapplicable to the Divine side of the Bible. At this higher level the Bible is inerrant. Everything that God told people about Himself is infallible, Divine, and true.

To read the Bible properly means to be able to distinguish between the Divine and human in it. All the attacks on the Bible – be they atheistic or so-called historical-critical – came about because people did not know how to read the Bible, mixing up the human, fallible, and variable factors with the Divine presence, which is above all human criticism.

Most viewed articles
Blasphemous and Obsessive Thoughts Come Into My Mind. What Do I Do?156
An Extraordinary Session of the ROCOR Synod of Bishops Convenes113
Funeral Services for His Eminence Metropolitan Hilarion of Eastern America and New York81
Is God a Fool?74
How to Respond to Opposition to the Gospel64
Metropolitan Joseph, Bishop Thomas Celebrate Centennial of Little Falls Parish55
A Piece of Rock Falls Down on the Skete of St. Anna on Mt. Athos48
PRAY: 14 Students, One Teacher Dead After Texas Elementary School Shooting42
His Beatitude Metropolitan Tikhon Issues Statement on Tragic School Shooting in Texas33
Most popular authors
Pravmir.com team242
Fr. Eugene Murzin156
Archpriest Stephen Freeman74
Archpriest Basil Ross Aden64
Subdn. Peter Samore55
Associated Press42
Metropolitan Tikhon of All America and Canada33