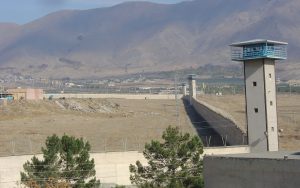 Admitting the UK must ‘do more’, Foreign Secretary Jeremy Hunt, a Christian, ordered a review and announced hopes to see an international coalition of like-minded countries addressing the global persecution of Christians.  Middle East Concern’s Miles Windsor observes, “There also seems to be a growing realization of the scale of the problem.  During the launch at the Foreign Office, reference was made by the Foreign Secretary to the fact that, of those religious groups persecuted internationally, 80-percent of persecution happens to Christians.”

The UK also appointed a Prime Minister Special Envoy for religious freedom within the Foreign Office last summer, which shows that “resources being pushed in this direction.”    Why now?  It’s time. The inquiry will recommend practical steps to defend the rights of Christians, explains Windsor.   “There’s roughly a quarter of a billion Christians internationally who live in a context in which there is severe persecution.”   What’s different, Windsor tells us, is that it’s on the agenda at all. “Previously, there has been a real reluctance to reference specifically the persecution of Christians.  Governments have tended to couch that in terms of ‘religious freedom for all’.”  Hunt’s inquiry is unprecedented because its focus will be specifically on Christians. 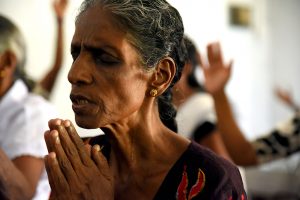 By Easter, preliminary results from the study are expected, with a full report

anticipated by summer.  Until then, Windsor asks believers to be praying.  This is about the freedom of Christians to practice their faith, without fear, and to share what they believe. “We’d value prayer as this review happens, that this won’t simply be another ‘talking shop’ which leads to no great change, but actually, that this will develop into new and dynamic ways of tackling the issue of the persecution of Christians, internationally.”

As to Mr. Hunt’s global coalition, Windsor says it depends on the inquiry’s findings. Still, it’s a step in the right direction.  ”It’s encouraging to note that governments do seem to be taking the issues of persecution of Christians more seriously. I think it’s encouraging that there’s an openness to discuss this in a way which hasn’t been discussed at that kind of level.”