Have We Joined Satan’s Side?

A civil war has begun and it is not connected with any side’s political power, but with our inner rupture with Christ.
Archpriest Alexei Uminsky | 10 May 2014 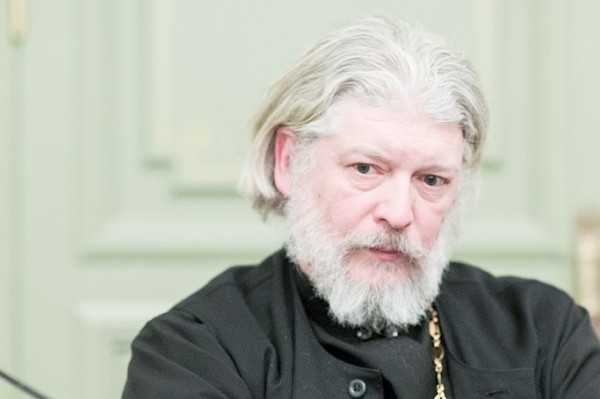 In reality, war does not begin when people start shooting at one another. It begins when certain convictions, upsurges in awareness, or news darken people’s reason and they stop seeing what is most important in those near them. They stop understanding that within the person near them – or not near them but, relatively speaking, “on the other side of the barricade” – there is much more to love than to hate.

Something terrible is happening to us now, when we stop seeing in our neighbor that which is most important, profound, and authentic. As a result, Satan is running the show. We are only giving occasions for the demons to rejoice, for their revelry, when, during our Pascha, we say “Christ is Risen!” to someone, but at the same time write terrible things about others on Facebook and rejoice that someone has “knocked off” someone else, and so forth. Hell is triumphant.

While His Holiness, Patriarch Kirill, appeals to all for peace, for not allowing violence, for not allowing arms to be taken up; while priests and hierarchs, such as Metropolitan Onuphrius, plead for people not to behave like madmen, to stop the spilling of blood, we kindle bloodshed within ourselves. It turns out that we want bloodshed.

We do not have a desire simply to stop, to cease splashing one another with a sulfuric acid of words, emotions, and indignation. We have no desire to understand that, in this situation – when people hate one another – there can be no right side. There will never be victors in this fight among us, within our family, or on Facebook. We are not divided according to the principle of “good” or “bad,” but according to the principle of Satan to “divide and control, and mock Christians who hate one another.”

It is painful for me to hear and experience all this. I, of course, read the news on the Internet and social networks, but force myself not to read the commentary. I follow the happenings, but try all the while, after reading information about some tragedy or misfortune, to turn my heart to God, understanding that the world lies in evil. We Christians must stop ourselves, change, and cease defaming and labeling one another. We must turn to prayer, including for our enemies (that is, those whom we consider to be our enemies). Otherwise, we will completely forget about Christ, about love, about forgiveness, and even about the reason that the Lord gave us.

Let’s do one simple thing: try to change places with others mentally. Put yourself in the place of the person with whom you disagree and strive to look at the world through his eyes—eyes through which you do not want to look. Stand on the side of those people whose position seems completely unacceptable and horrible to you. Do this at least in order to feel why this person looks at you in such a way. And I ask others to put themselves in my position and understand why I look at them in such a way. Maybe then we will stop looking at one another with hatred.

I see no other way. A civil war has begun and it is not connected with any side’s political power, but with our inner rupture with Christ. We have joined the side of the enemy and given up our positions. The name of the enemy is Satan. And it sounds like blasphemy if, in such a condition, we can say: “Christ is Risen!”

We need to stop the bloodshed and listen to the pastoral words of the Patriarch, which are not addressed only to people with weapons; they must also be heard by us, here. Husbands and wives, friends, members of one Church, and those from the same parish who are arguing when discussing politics must hear them. Raise a white flag to one another and cease warring with one another. Only the peace that we can create within ourselves and around ourselves can stop anything.