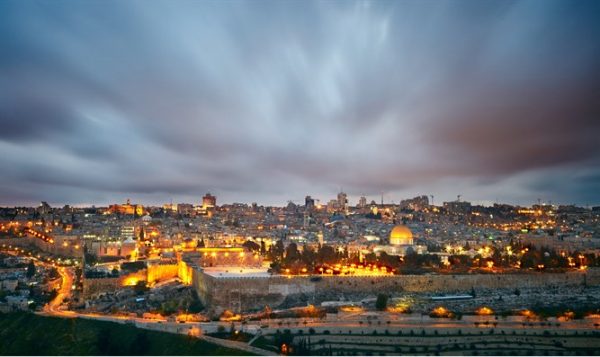 David Gellman, director of the excavation in east Jerusalem’s walled Old City, said that while the area was rich in archaeological finds, few such inscriptions had been found.

“Direct text and letters from people back then are relatively rare,” he told AFP.

The Greek inscription, dated at 550 or 551 AD, commemorates the founding of a building thought to be a hostel for pilgrims near the city’s Damascus Gate.

Constantine, the Orthodox priest who founded it, was abbot of the Nea Church, dedicated to the Virgin Mary and the largest church in Jerusalem when it was built in 543 AD.

Gellman said the rectangular section of mosaic, 1.14 meters (3 foot 7 inches) on its longest side, “tells us about the way churches and monasteries worked back then. It makes this piece very unique”.

It was discovered intact about a meter (three feet) below street level as Gellman and his team made a routine exploratory dig ahead of the arrival of workers to lay communications cables.

“We were very close to closing the excavation when I noticed that a few of the mosaic stones, which were otherwise plain white, were at a different angle and seemed to be a little darker,” he said.

“I cleaned up that small corner… and found that it was the bottom left corner of the inscription itself,” he added.

“At that moment I realised that we have a very unique find here.”